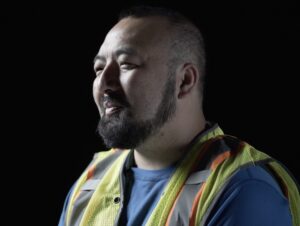 Apprenticeship Advice from Toua Yang: “Especially as a new apprentice, when you get onto the job site, just let your boss know what your knowledge base is. Then they’ll be able to assign you work that will help you learn and progress in the industry.” PC: Chue Vang